Gollum and the Battle for an Integral World

Has World War III arrived? If we count the current battle to dominate the global narrative about environment, race, inequality, health and a host of other global issues then perhaps it has. But it is not just a conflict out there. It is very much a conflict inside each of us, as we face off with creatures of the underworld that live in our subconscious minds.

The conflicts around us are confusing. They are characterized by fake news, distractions and mentally divisive and emotionally exhausting tactics employed to deflect attention from the real issues.

From the perspective of Integral thinking, we know that when people are under pressure they generally regress to more primitive states in order to defend their perceived interests. Someone who may be AMBER; ORANGE or GREEN, may easily devolve into the tribal memes when feeling threatened. When they acting from there  we see looting, violence and hate speech.

Note: This article presumes a basic knowledge of Spiral Dynamics and Integral Theory  (Original link). If you are unfamiliar with this, or want to refresh your knowledge, some links are provided to some pages that introduces the theoretical concepts. Note that there are TWO different sets of labels (colors) used to describe the same stages. This article uses Ken Wilber’s naming convention. Below is a figure offering an overview of the levels (and the two set of color labels). 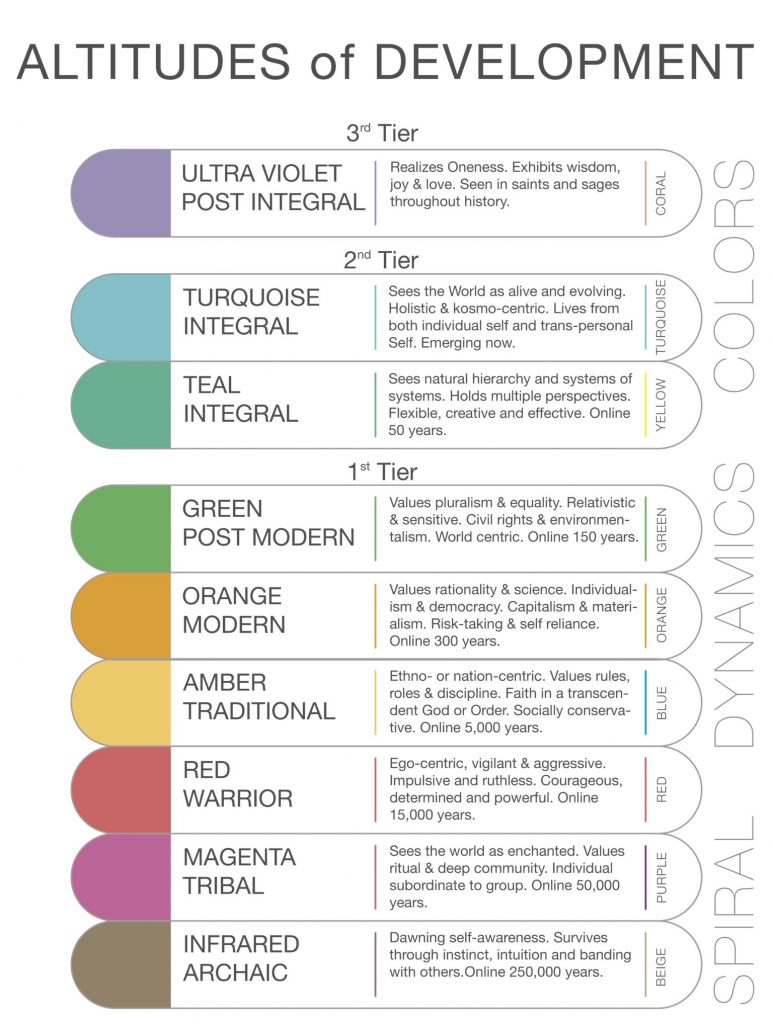 If we imagine ourselves at the cusp of making a collective transition to a 2nd tier society, it should be obvious that this transition needs to be anchored culturally and politically. We need new institutions and we need a political movement that truly embody the next tier, before it can become a reality.

If we consider the general dynamics of the spiral, I think it is fair to say that we either move forward, manifesting a new level of wisdom, or we regress in the spiral, allowing our base instincts to dominate. And broadly speaking this is what we are seeing: From the oval office to the streets, primitive and childish tendencies dominate – and a powerful 2nd tier response is nowhere in sight.

AQAL is a beginning…

But what could such a 2nd tier response look like?

AQAL; All Quadrants, All Levels is a beginning. It means that we recognize that existence of the quadrants and the spiral and we try to act with wisdom. But in practice we have not yet seen any global political initiative that can meaningfully be described as Integral in this sense. What is missing? 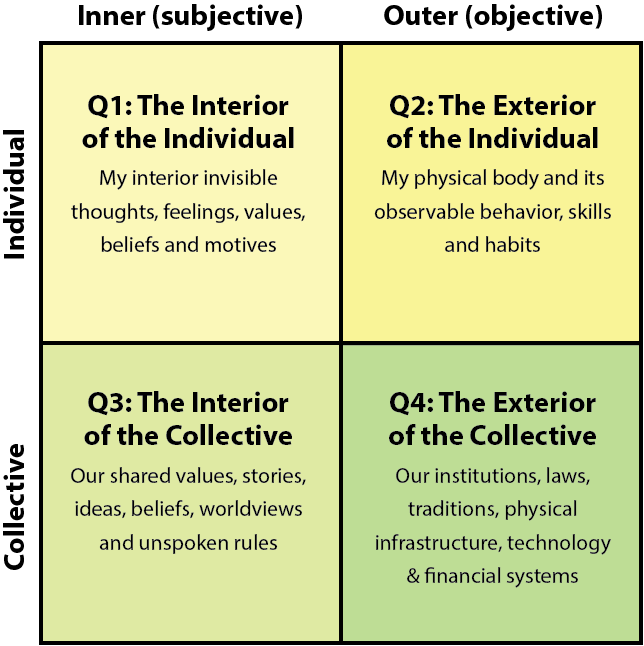 So in contemplating an approach to an integral strategy for world realignment, I have begun to think in terms of AQALAW – All Quadrants, All Levels, All Worldstories.

By including the Worldstories, or Myths in the mix, we open a whole new dimension of the political and narrative transformation. Including the Worldstories means that all worldstories are considered equal as a matter of principle . No preferential treatment should be given to particular Worldstories because of age or institutional power. When we deal with the various Worldstories, we must embrace them for the truth and wisdom they contain, understanding that they are all invented by fallible human beings. And the Lord of the Rings and Star Wars may have just as much significance as the Bible, the Koran, the Bhagavad Ghita or the Big Bang story when it comes to the cultural healing we face.

The idea in including the Worldstories in this manner, is to create an even playing field and through that open to the place inside all of us that is beyond the rational mind – because all creation stories worth their salt points to this place of eternal wisdom.

A Strategy for Integral Realignment

I find that it is often easier to communicate ideas graphically, so let me introduce a symbol of the emergent 2nd tier consciousness. It consists of 6 colors, representing the various memes, united by a circle to symbolize the 2nd tier realization that I have the whole spiral inside me. The colors do not match exactly with the spiral – it is just a symbol. 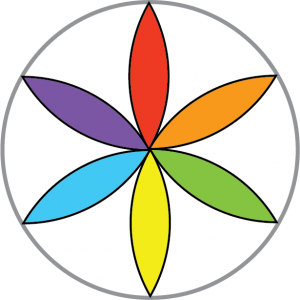 Nice colorful, balanced and whole. This is how I would like to see myself. I am complete in my development and have arrived in TEAL heaven. However, then someone says something nasty to me, and I suddenly realize that I am not that. I am more like this: 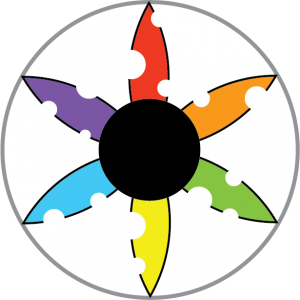 Figure 2: TEAL fragmented with cultural wounding and a dark spot inside.

This is me when I consider the personal and cultural wounding I have received growing up. In each of the basic areas, I am lacking in completeness. And at the center of it there is a dark spot of anger and despair. It may not even be possible for me to heal these things alone, because cultural wounding is tied up in massive denial, and so if I voice issues related to this, I run the risk of being called crazy or worse.

But in reality it is even worse than that. Because as I examine the truth of who I am I discover something terrifying. Inside me lives the Eye of Sauron. So in reality I look more like this: 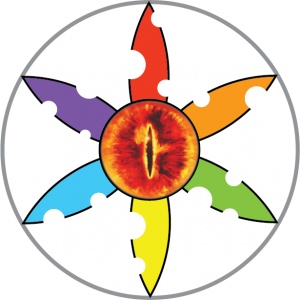 Figure 3: The Eye of Sauron inside.

But what does it mean that the Eye of Sauron is inside me?

It means that I discovered that behind all my painful stories of being a victim I discovered a terrible, terrible truth. I discovered that I, a long, long time ago, willfully and deliberately abused my divine powers of creation. I defied my higher purpose. I defied the will of the divine and I created a world of illusion. And then I was trapped inside my own creation.

This terrible act of betrayal gave birth to a deeply schizophrenic creature of the underworld: Gollum.

The Eye of Sauron symbolizes the reptile core of our brain and its desire for power. And as long as Gollum is unhealed inside us, we are vulnerable to the pull of this desire for power. Liberating ourselves from the shackles of this ancient wound requires a tremendous inner struggle.

Having met Gollum and acquainted myself with him, I have made peace with him, and so he can no longer blindside me when it is most inconvenient. But what is more, I seem to recognize him in the madness that I see in the world. The incoherent, contradictory nature of people’s behaviors and the huge gap between what people say and what they do makes sense in a new way to me now. Because I do not believe that this Gollum figure is just something that is inside me. I think it may be quite common. And I think that our inability to handle power wisely is potentially tied up into our own abuse of power in past lives and our unconscious fear to repeat it – or in some cases an unconscious alliance to this dark part of ourselves – something which birth its own set of problems.

However, fully healing this wound is not something anyone can do alone. Because the consequence of this kind of wounding in me (and potentially millions of others) is what is really tormenting the world. Healing this wound and realigning the world with a true sense of divine purpose is the inside and outside of a process of cultural healing.

However, a correct diagnosis opens to a treatment… I therefore believe that we have a possibility to create a global process of integral healing, if we recognize that cultural healing and political realignment are the inside and outside of the same process. One cannot proceed without the other.

However, cultural healing at this scale is not something we have a historical precedent for. The work of Mandela and Gandhi may offer us some hints to what may be needed. But still… this is of a different order.

To begin with, we can visualize the direction we want to go in, and that is something like: 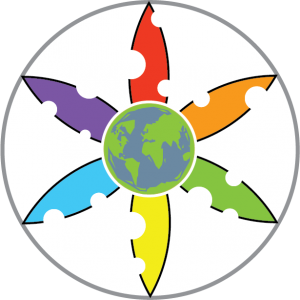 It is a state where we acknowledge and own our incompleteness yet at the same time embrace our true potential and the vision of humanity united as one family. It is a vision of articulating a global integral agenda that is realizable and contain as a minimum:

Pursuing such a cultural healing process would necessitate that we create a culture and an organization that is as much about healing as it is about gaining power and prominence on the world scene. It is about both of these things, because they are the inside and outside of realigning the world.

The goal can be tentatively visualized as follows: 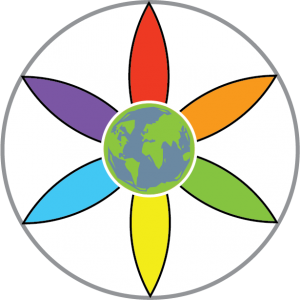 This to me represents the holistic meme or TURQUISE. A realization that I am part of the web of life, and an active participant in unfolding the grand mystery of life. I am not a passive participant watching from the sidelines, but I have put myself out there as an artist, a politician, a healer or in some other capacity that reflects my unique gift to the world. And I understand and recognize the dynamics of power as they play out inside me and outside me. I neither demonize nor deify my creative powers, but take ownership for them, and by doing so I take part in co-creating a Worldstory that is suitable for a world that works for everyone.

Coming from a scientific background as an engineer specialized in theoretical physics (M.Sc.E.), Rolf has conducted extensive research into the foundations of modern science, psychology, and esotericism.

BE NOTIFIED ABOUT NEWS & UPCOMING EVENTS

Life is a great journey – join us in creating a world that works for everyone.