The Matrix of Being

The Matrix of Being

The Matrix of Being is a model that combines spiral dynamics and esoteric psychology in a model of human evolution and a map of the mind that points to a possible reason why we see 9-12 stages of development depending on how we numerate them.

Spiral Dynamics is a largely empirical model developed originally by Clare Graves. Read about Spiral Dynamics at Wikipedia. However, the explanation for why the various development stages emerge is less evident than the existence of the stages, which is very well documented.

The Matrix of Being extends the traditional spiral model by providing a theoretical framework based on esoteric science by which to understand the empirical findings. In relation to the original model four additional memes have been added. The psychological dynamics behind the memes take on new meaning as we contemplate their possible origin.

This model proposes that the stages roughly correspond to the petals in the Egoic lotus as described by esoteric science (Alice Bailey). This of course does not prove that the model is correct. But it points to the possibility of a common origin of the esoteric understanding of the soul and the empirically observed stages of development of the human being.

We look forward to describe it in more detail as time and resources allow. 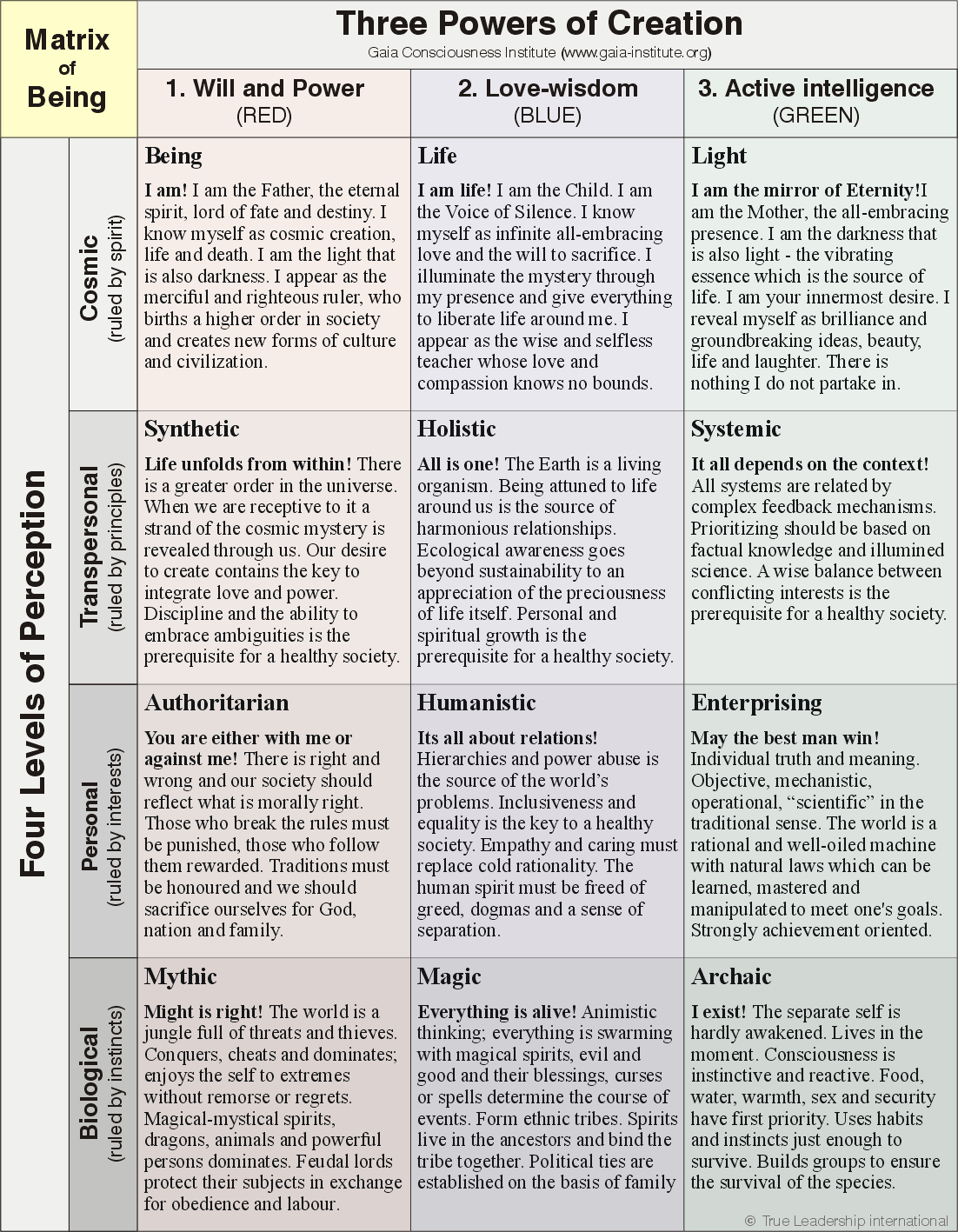 Coming from a scientific background as an engineer specialized in theoretical physics (M.Sc.E.), Rolf has conducted extensive research into the foundations of modern science, psychology, and esotericism.

10 Reasons NOT to Accept Corona Policies

BE NOTIFIED ABOUT NEWS & UPCOMING EVENTS

Life is a great journey – join us in creating a world that works for everyone.